When I was a publisher, INK POT LITERARY JOURNAL I was really thrilled when in 2004 I got a short story submission from Robert Bosworth. It was one of the best things I ever published at the time and I became an instant fan of his. It was about a mentally damaged woman who lived in the country, written from her point of view, in her own "damaged" (gorgeously poetic) language. She mixed up words and images and spoke her own odd language, and it was heartrending and beautiful. Over the years, I lost that story in the changes of computers and archives and backups. It was titled "A Sketch of Highway on the Nap of the Mountain." I can't tell you how upset that made me. How often I wanted to read it again and see if it was as good and unique as I remembered. Well, I found the story! It's in his collection of short stories and I've got the story again. HERE.

Boswell's married to the equally talented Antonya Nelson and it must be wonderful to have their lives! 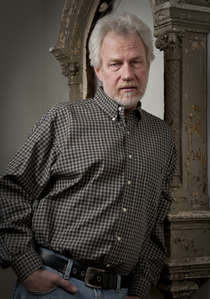 At any rate, I just read an old (2011) interview with him ON MYSTERY AND DRAFTING -- and I fell in love all over again and ordered a couple of his books. A short story collection, "The Heyday of Insensitive Bastards" (gotta love that title) and a craft book "The Half Known World" on writing. He's got some fascinating things to say about editing. He calls it transitional drafts, and this:

"I revise a lot. I write thirty, forty, fifty drafts of every story. There are a few, a very few, exceptions. Every now and then I just scribble down a story and I’m done with it. That has happened maybe three or four times in my life. And, really, those times make all the rest of my work more difficult.

My revision process characteristically involves the gradual, draft-by-draft casting off of the intellectual ideas that got me going, permitting the narrative to find an independent life of its own. The decisions I make while revising tend to be related to specific matters of craft—investigating a specific character, sharpening dialogue, reworking sentences to make them resonant and pleasing to the ear. If I can write a better sentence, I’ll do so even if the revised sentence changes something essential in the story. All of which is to say: if I feel constrained by the ideas that produced the particular draft, I will give up those ideas. Of course, I save every draft. They’re all floating there in my computer like little life rafts. It’s rare that I go back to an earlier draft, but having them there permits me to attempt wild revisions."